The origin of life is a mystery that is yet to be solved, and there are a number of different theories related to how life began. Here, the authors present and review recently published evidence of how liquid crystal phases could have contributed to the origins of life as part of a “Liquid Crystal World”. 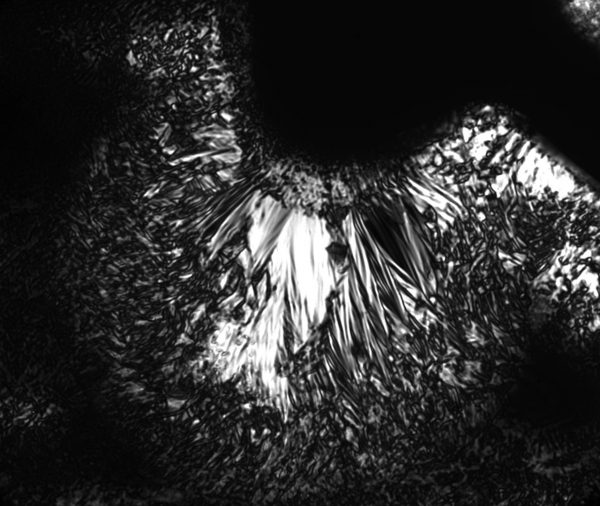 Image 1. A DNA liquid crystal phase produced by dehydration. Credit: Tony Z. Jia
The origin of life is a mystery that is yet to be solved, and there are a number of different theories related to how life began. For example, the RNA World theory posits that RNA was the first biomolecule of life due to the ability of RNA to store genetic information and catalyse chemical reactions. Similarly, the Metabolism First theory suggests that chemical reaction cycles were necessary to drive the emergence of living systems. However, both theories require biopolymers, RNA or peptides, whose prebiotic formation is far from understood. In this context, the Liquid Crystal World theory was proposed as a means to enhance production and selection of polymeric nucleic acid strands to allow the RNA World to take place based on the intrinsic chemical-physical properties of the nucleic acids themselves.

Liquid crystals (LCs) are partially ordered fluids with remarkable materials properties, and were immediately used in technologies including displays and photonics upon their discovery. However, LCs can also arise in aqueous media from supramolecular assembly of different molecules, including essential cellular biomolecules like DNA and RNA. DNA and RNA solutions spontaneously form LC phases when concentrated, for example by evaporation. The simplicity of such processes makes it relevant for origin of life scenarios. In recent years, more research has focused on the relevance of LC assemblies generated from shorter and shorter nucleic acid strands, an important aspect that relates to the origins of life, where historically, shorter polymers would be more readily synthesized on early Earth than longer ones.

In this invited mini-review, part of a special issue of Emerging Topics in Life Sciences on soft-matter biophysics, the authors review recent studies and trends on primitive nucleic acid LC assembly, structure, and function. Finally, they re-present the Liquid Crystal World theory for the origin of life, which was coined by co-authors Tommaso P. Fraccia (ESPCI-Paris), Tommaso Bellini (University of Milan), and Noel A. Clark (University of Colorado) in a seminal study in 2015.

“It was a pleasure to work with such world-renowned liquid crystal experts, especially Profs. Bellini and Clark, who originally bridged the gap between liquid crystals and the origins of life”, says ELSI associate PI and co-corresponding author, Tony Z. Jia.

Since the original theory was proposed, this idea has expanded to include a number of relevant studies. For example, DNA LCs could assemble not only through long DNA, but also through very short DNA helices (4-20 base-pairs) and even single nucleotides at sufficient concentration. These LCs form when the DNA duplexes (or nucleotides), at sufficiently high concentration, stack end-to-end, forming long linear DNA aggregates that produce nematic order or form columnar bundles.

A very peculiar fact, unknown to many, relates the history of DNA with LCs. In fact, it has been shown by Francoise Livolant in 1986 that, although it was not known at the time, the famous “Photo 51” taken by Rosalind Franklin in the early 1950s – which directly led to the discovery that DNA was structured as a double helix – was obtained from a non-completely crystallized DNA sample, which was in a columnar LCs phase! Surprisingly, 25 years later, the same x-rays diffraction pattern have been recorded by the Clark group on a sample composed of short DNA fragments (only 12 base pairs) which are piled up on each-other in a columnar LCs phase.

The authors then go on to discuss the various features of LCs that could have been relevant for the origins of life. For example, replication of polymers may have been essential during the origins of life, and mechanisms to increase the efficiency of primitive biopolymer elongation and polymerization have been sought by the field. Nucleic acids within LCs (both DNA and RNA) exhibit enhanced rates of ligation, suggesting that LC structures could have promoted such primitive polymerization. Similarly, it has been shown that DNA LCs can co-assemble with membraneless droplets, called coacervates, when certain DNA interacts with positively charged peptides (which may also have been present on early Earth). These coacervates have been proposed to be relevant as primitive compartments, and the fact that LCs could have existed within those compartments suggests that they may have played some role in compartment-related chemistries on early Earth.

“While there has been a lot of work done on characterising primitive liquid crystals, the specific environments or minimal conditions required for their existence on early Earth still needs further exploration,” says ESPCI researcher and co-corresponding author Tommaso P. Fraccia.

Thus, the authors note that while there are so far no clearly established “preferred” environments for primitive DNA LC assembly, one potential candidate is deep sea hydrothermal rock pores. These rock pores have been shown to concentrate nucleic acids, and could have been areas where nucleotides or DNA duplexes (both short and long) could have been amassed at concentrations sufficient for LC assembly. 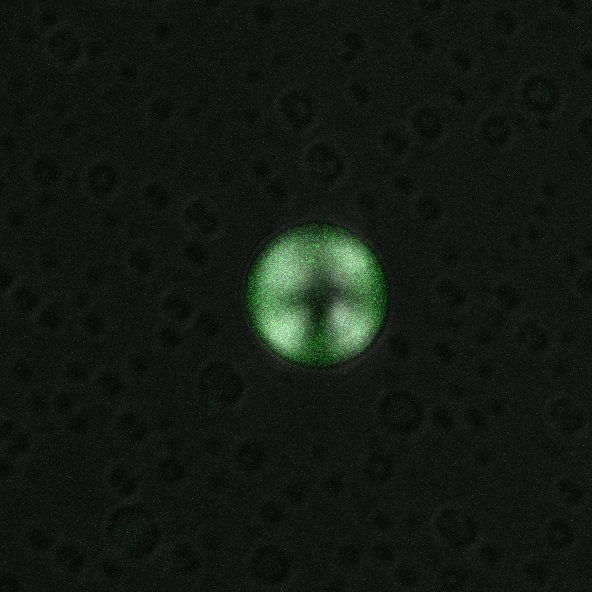 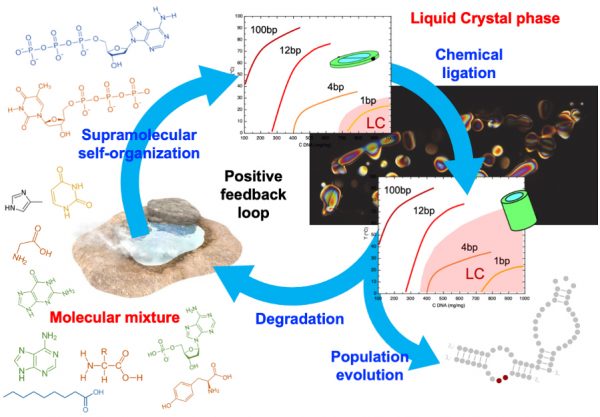