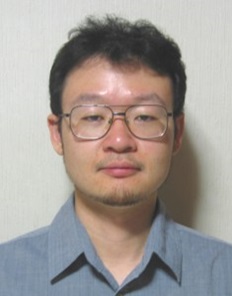 The Japan Bioscience, Biotechnology and Agrochemistry Society Award for the Encouragement of Young Scientists (2009)

The Young Scientist Award of the Society of Genome Microbiology, Japan (2009)

The emergence of eukaryotes is one of the biggest events in the evolution of life. Eukaryotes have several characteristics: genomic DNA is sequestered by a nuclear membrane from other cellular components, and various organelles are engaged in specific, essential tasks. Among the organelles, at least mitochondria and plastids have originated from the endosymbiosis of prokaryotes. These occurred more than a billion years ago, and therefore it is impossible to precisely elucidate the evolutionary process. However, in fact, the endosymbiosis in protists (single-celled eukaryotes) is not rare, but rather a common, ongoing phenomenon with numerous examples.

We have been engaged in studies on the mechanisms of endosymbiosis, using the termite-gut symbiotic system. Termites harbor cellulolytic gut protists, which in turn are associated with species-specific, intracellular and/or extracellular prokaryotic symbionts. The symbiotic prokaryotes distribute among more than 10 phyla, and they are localized in specific regions in a protist cell such as cytoplasm, nucleoplasm, and cell surface. These symbionts are unculturable, and hence traditional microbiological methodologies are not applicable. Therefore, we are developing the method to analyze the genome of a single cell or a small number of cells. With this innovative tool, we are aiming to elucidate the principles of endosymbiosis for deeper understanding of the evolution of eukaryotes.